You can find us in millions of homes

As Europe’s market leader of puzzles and braintainment games, Keesing Media Group (KMG) produces over 100 million puzzle magazines each year. Our head office is based in Amsterdam but we’ve always set our sights near and far. That’s how we have won the hearts and minds of millions of print and digital puzzle players across Europe.

Many major brands sell our puzzles, including Denksport, Sanders, Sport Cérébral, Tankesport, PuzzleLife, Megastar, PMV, Jan Meulendijks, 10 voor Taal and Win! From our printed books to our digital versions and apps, we have puzzles to suit every interest and age.

We’ve launched apps in a variety of languages, including English, which publishes new puzzles weekly and monthly. You can play puzzles in all these languages too.

In 2018, KMG acquired a significant share of Elevate Labs, an award-winning San Francisco-based app and game developer. They support our ambition to further expand into the digital brain health market.

Thanks to our rich history and dedication to providing smart and fun games for players of all ages, at KMG we have a unique vision for the world of our puzzle players.

To remain relevant and successful, we know that KMG must keep evolving and growing. That’s why you’ll always find us looking for opportunities to improve, expand, or explore untapped markets, especially in the growing digital market. 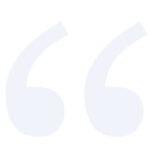 Smart fun and braintainment is in one hand 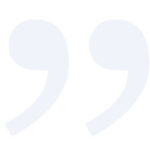 Smart fun: We pursue smart and efficient solutions in our everyday work and enjoy discovering new and smarter solutions. Our culture is fun and intelligent and attracts talented people.

Expediency: We actively monitor and respond quickly to opportunities in our markets and society. This strategy helps us identify new prospects for our brands.

Better together: We take personal responsibility and always do the best we can. And we achieve this synchronicity by hiring diverse personalities, competencies, and points of view to work together.

Getting it done: Our extensive experience and expanding international reach leads us to discover new insights and ways to succeed through hard work and forward-thinking as we develop new solutions.

Responsibility: Since we offer a wide selection of print products, we are mindful of the indispensability of forests. That’s why we value our PEFC certificate and actively participate in sustainable forest management. We only buy certified paper from sustainable sources, which is easily renewable, sustainable, and recyclable.

Our long history with many milestones

Since we produced our first puzzle books in 1930, we have remained adaptable and a market leader through autonomous growth supported by our buy-and-build strategy. These acquisitions and investments in digital solutions allow KMG to continuously adapt to the latest consumer needs and changing markets.

MBO backed by NPM Capital for 100% share in Keesing.

Acquisition of Sanders, #2 in Dutch and Belgium markets.

Since Keesing was founded in 1911 by Amsterdam-based journalist Isaäc Keesing, we have grown into the European market leader in print, online, and app puzzle formats. After he became successful with his financial archives, Keesing launched his own publishing house in 1916.

When Isaäc Keesing introduced Denksport, the first puzzle magazine in the Dutch market, it set off a new puzzle-playing craze and the brand quickly became a household name.

After 1945 Keesing expanded by publishing puzzle books in different languages. Keesing France, established in 1955, has been especially successful with its brand Sport Cérébral.

Since our early days, Keesing has flourished thanks to its family-owned dedication to the business. In 2004, NPM Capital acquired a 100% share in Keesing. With its ongoing success and visibility, Keesing was purchased in 2006 by TMG (Telegraaf Media Groep), one of the largest Dutch media groups. This ensured our continued future growth, which was built on a strong foundation. And in 2017, Ergon Capital acquired Keesing.

With our unmatched enthusiasm and expertise, KMG has become Europe’s largest publisher of puzzles and braintainment games. And we keep expanding. We continue to develop a growing range of puzzle magazines all over Europe and beyond. And just as importantly, we keep expanding into more markets in print and digital format.