The largest puzzle and braintainment company.

Our purpose is to change the world — one puzzle player at a time. And while our customers may not know our name, they really love our products. Puzzling slows the aging process and is fun for players of all ages. Thanks to the millions of puzzles and braintainment games we produce annually; we’re making the world a smarter and better place.

For more than 100 years, we’ve provided our customers with great products and services, and partner with vendors to ensure the best experiences for puzzle enthusiasts. Our fun puzzles and braintainment apps appeal to all ages and interests in book and digital format. This is how we keep entertaining the young and the young-at-heart.

Today, we’re proud to see our company continues to expand and remain as popular as ever. We do this by working closely with customers and provide various products and services on their preferred channels and format. We offer print versions of our games as well as create online versions, puzzle apps and branded creative games for publishers. Because having fun and playing games never gets old.

As the largest puzzle and braintainment company, Keesing produces over 200 million puzzle magazines each year.

As a true multinational we serve a global market with 13 offices in 12 countries.

A long history with many milestones

Since we produced our first puzzle books in 1930, we have remained adaptable and a market leader through autonomous growth supported by our buy-and-build strategy. These acquisitions and investments in digital solutions allow KMG to continuously adapt to the latest consumer needs and changing markets.

Shares of Ergon Capital and TMG acquired by BC Partners. Acquisition of Ediciones Pleyades (Spain) and of Küng Verlag (Switzerland).

Acquisition of Dohi (Sweden) and majority stake in PRS (Italy).

Since Keesing was founded in 1911 by Amsterdam-based journalist Isaäc Keesing, we have grown into the global market leader in print, online, and app puzzle formats. After he became successful with his financial archives, Keesing launched his own publishing house in 1916. 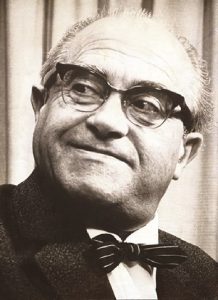 When Isaäc Keesing introduced Denksport, the first puzzle magazine in the Dutch market, it set off a new puzzle-playing craze and the brand quickly became a household name.

After 1945 Keesing expanded by publishing puzzle books in different languages. Keesing France, established in 1955, has been especially successful with its brand Sport Cérébral.

Since our early days, Keesing has flourished thanks to its family-owned dedication to the business. In 2004, NPM Capital acquired a 100% share in Keesing. With its ongoing success and visibility, Keesing was purchased in 2006 by TMG (Telegraaf Media Groep), one of the largest Dutch media groups. This ensured our continued future growth, which was built on a strong foundation. In 2017, Ergon Capital acquired Keesing. BC Partners, a leading international investment firm, has acquired all shares from Ergon Capital and Mediahuis in early 2021.

With our unmatched enthusiasm and expertise, KMG has become the largest publisher of puzzles and braintainment games. And we keep expanding. We continue to develop a growing range of puzzle magazines all over the globe. And just as importantly, we keep expanding into more markets in print and digital format.